It was Arfi who gave the announcement about this event in KBB mailing list. GOT MILK, created by Linda for supporting World Breast Feeding Week, 1 - 7 August 2009.

Here's the reviews of this event, copied from Linda's Blog.

- Children are the most vulnerable in emergencies – child mortality can soar from 2 to 70 times higher than average due to diarrhoea, respiratory illness and malnutrition.
- Breastfeeding is a life saving intervention and protection is greatest for the youngest infants. Even in non-emergency settings, non-breastfed babies under 2 months of age are six times more likely to die.
- Emergencies can happen anywhere in the world. Emergencies destroy what is ‘normal,’ leaving caregivers struggling to cope and infants vulnerable to disease and death.
- During emergencies, mothers need active support to continue or re-establish breastfeeding.
- Emergency preparedness is vital. Supporting breastfeeding in non-emergency settings will strengthen mothers’ capacity to cope in an emergency.


So here's my entry.. Chocolate Scones. Very simple but I hope you like it.

originally made by Mira G. Lestari

Scones are my favourite sweet bake, never had them with chocolate though. Should be even better ;)
Thank you for your entry to Got Milk?

You're welcome Linda. Actually this is the second scones in my kitchen. The first time was totally a failure. I kinda love it also... Not that sweet, taste like a plain bread. Craving it with a sweet hot chocolate milk would be just awesome. :)

Just wanted to let you know that I (finally!) did the round-up for Got Milk?

Promote Your Page Too 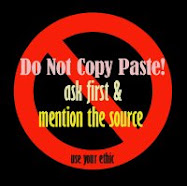 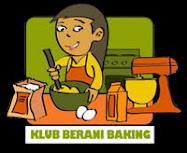